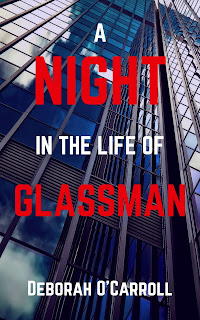 Email ThisBlogThis!Share to TwitterShare to FacebookShare to Pinterest
Labels: 2019, A Day in the Life Challenge, Deborah O'Carroll, sci-fi, superhero

We always appreciate getting comments and constructive criticism, but please keep it civil.

Hazel West
I'm an Indie writer, book lover, coffee connoisseur and history buff and folklorist. On a normal day you'll either find me reading, writing or on Goodreads talking to other writers. Author of On a Foreign Field, The Modern Tales of Na Fianna series and others